The 1974 attempted coup by Greek Cypriot nationalists was followed by an invasion and occupation of the north by Turkey which has left the island nation of Cyprus divided. The Greek speaking Republic of Cyprus does have its own stock market, albeit it, along with the country’s economy has close ties to Greece.

In 2012, Cyprus was hit hard by the Eurozone financial and banking crisis. The Cypriot government announced that it would need €1.8 billion in foreign aid to support the ailing Cyprus Popular Bank.

This announcement was followed by Fitch downgrading Cyprus’s credit rating to junk status. Fitch noted that Cyprus would need an additional €4 billion to support its banks mainly due to the exposure of the Bank of Cyprus, Cyprus Popular Bank and Hellenic Bank (the country’s three largest banks) to the Greek financial crisis.

The 2012–2013 Cypriot financial crisis led to an agreement with the Eurogroup in March 2013 to split the country’s second largest bank, the Cyprus Popular Bank (also known as Laiki Bank), into a “bad” bank which would be wound down over time and a “good” bank which would be absorbed by the Bank of Cyprus. In return for a €10 billion bailout, the Cypriot government would be required to impose a significant haircut on uninsured deposits – a large proportion of which were held by wealthy Russians who used Cyprus as a tax haven.

In addition, there are several Russian ADRs who are registered, domiciled or have their headquarters in Cyprus e.g. gaming software company Nexters Inc (NASDAQ: GDEV) was founded by Russians and is headquartered in Limassol. Such stocks would not be relevant proxies for the Cypriot economy.

Note: Stocks delisted from the OTC (whether due to mergers, acquisitions or for other reasons) have been left in the table (as their websites still provide a good feel for the company and the local market) and may still trade on local, the Athens Stock Exchange (ASE) or other important European stock exchanges (e.g. London, Amsterdam etc). They may also be holdings of country or region specific ETFs or Indices. 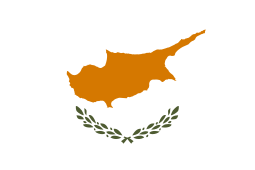 Here are some useful and English news resources for investing in Cyprus ADRs or stocks or about Cyprus in general:

For additional resources for investing in Cyprus ADRs or stocks, check out all of our Cyprus tagged articles/links.