According to the latest mining report (Mine 2014: Realigning expectations) from PricewaterhouseCoopers, emerging market mining companies contributed aggregate net profits of $24 billion in 2013, down from $39 billion in 2012, compared with those from developed economies which reported a $4 billion net loss, down from 2012’s $33 billion net profit.

“Companies from developed economies appear to have collectively fallen into a place where dividends must be paid despite diminished profitability, that they must at least equal last year and that surplus earnings be automatically returned to shareholders. In contrast companies from the developing markets still recognise that dividends are discretionary and must be closely aligned to profitability. At some point, if conditions remain poor, the market will need to be tested and the dividend tap turned off.”

In general though, last year was not a good year for mining companies because of:

It should also be said that for the first time, the bulk (53%) of PwC’s Top-40 comprises of mining companies from emerging markets – another trend that’s expected to continue. 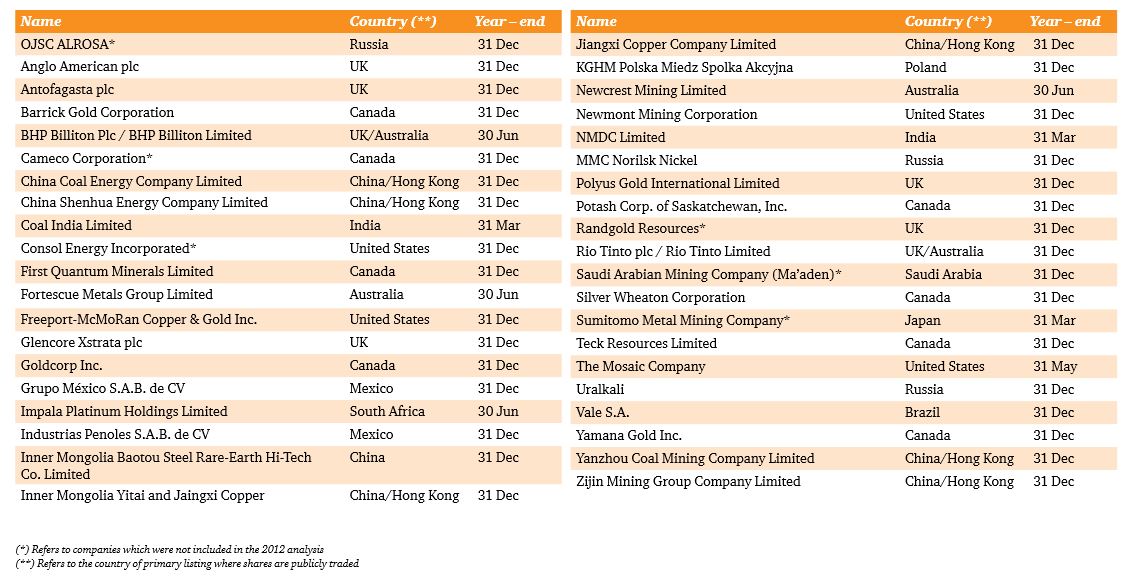 To read the whole article, Global Mine 2014: Top 40 Bite the Bullet, which summarizes the report, go to the website of PricewaterhouseCoopers Australia. In addition, the actual report (Mine 2014: Realigning expectations) can be downloaded here.