The World in 2050 report from PricewaterhouseCoopers sets out their latest long-term global growth projections to 2050 for 32 of the largest economies in the world who account for around 85% of world GDP. Key results include: 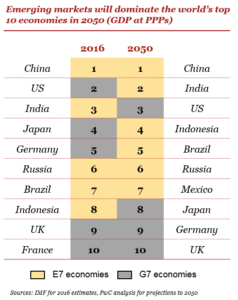 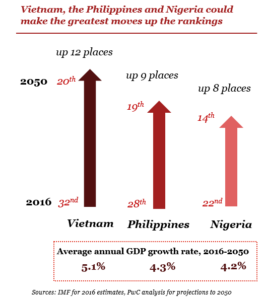 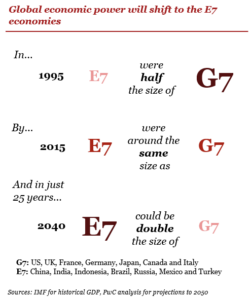 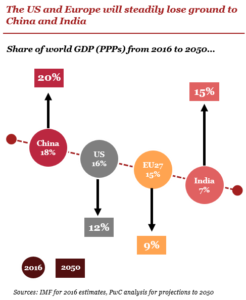 To read the whole report, The World in 2050, go to the website of PWC.