Which Emerging Markets Have the Most Leveraged Stocks? (Bloomberg)

BloombergView columnist Mark Whitehouse has come up with a ranking of which emerging markets have companies with the most leverage and hence, the most risk. As he explained, there are some caveats and difficulties with coming up with a calculation for individual emerging markets:

National differences in accounting standards and industry concentrations, for example, will inevitably affect the results. That said, it’s still worth taking a look. To that end, I queried the Bloomberg terminal for publicly traded nonfinancial companies in 10 large emerging-market economies (setting a minimum threshold of $300 million in assets). I then calculated the aggregate corporate leverage for each country. 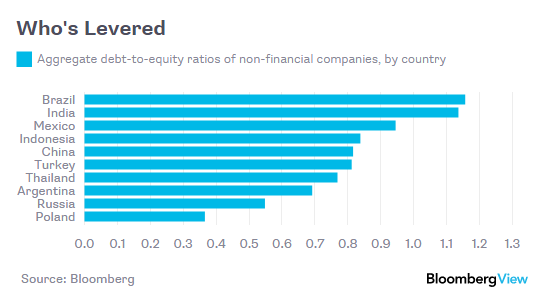 However and when cash is taken into account, the “net” debt loads of corporate China and Turkey look smaller: 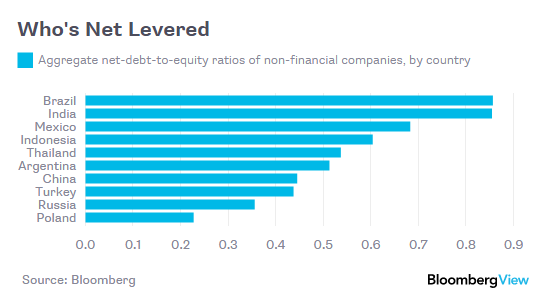 To read the whole article, The Riskiest Emerging Markets, go to the website of BloombergView.