With its vast unexploited reserves of copper, coal and other minerals once estimated to be worth more than $1 trillion and neighboring China going through an industrial revolution, Mongolia became known as “Minegolia” as thousands of promising mining sites were identified.

Mongolia’s economy has since been floored by China’s slowdown, which has unleashed a flood of supply of commodities onto global markets. With little industry outside of the natural resources sector, no other country is as reliant on China, to which Mongolia sends nearly 90% of its exports, mostly commodities.

With no access to the sea and lacking sufficient transport infrastructure, Mongolian miners aren’t able to chase potential buyers in new markets such as India and members of the Association of Southeast Asian Nations.

Foreign direct investment into Mongolia has all but vanished while political indecision and missteps have added to the country’s problems. 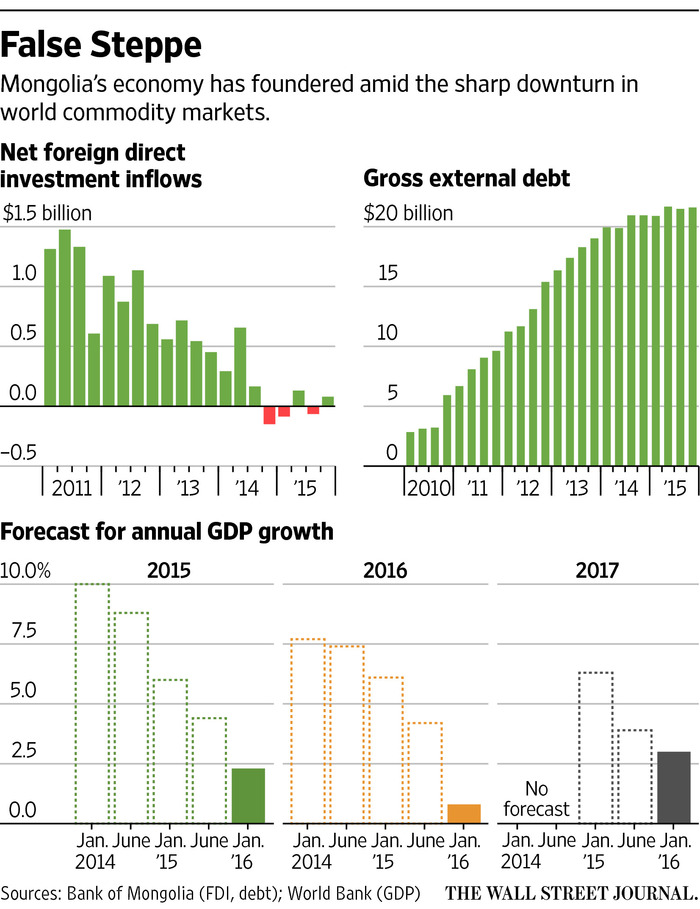 To read the whole article, Mongolia: Land of Lost Opportunity, go to the website of the Wall Street Journal.