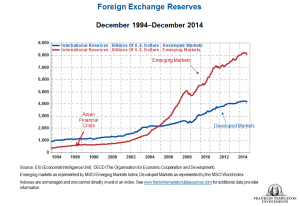 However, the Mobius Blog noted that the reduction in foreign exchange reserves seen in 2014 is relatively insignificant in the context of the huge reserve increase that has taken place since the Asian Financial Crisis in the late 1990s.

Today, emerging market reserves remain high and are still more than four times as high as they were in 2004; but with few exceptions, these reserves appear more than sufficient to service short-term financing requirements: 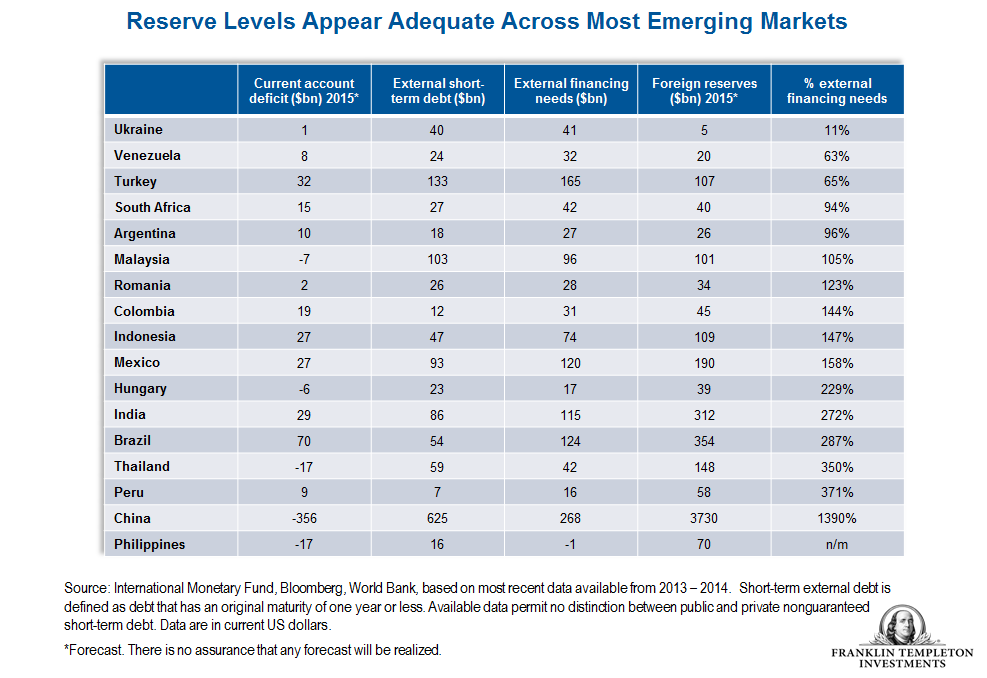 …we should not be too much concerned about the decline in the level of reserves by itself. Countries have become more independent in the way they can conduct their monetary policy and most no longer peg the domestic currency to the US dollar, giving them more freedom to set domestic interest rates… Declining reserves could be highlighting another issue which is the decline in the attractiveness of emerging market countries in the short term either because they cannot produce the current account surpluses they delivered in the past (on the back of declining commodity prices for commodity producers) or they no longer attract capital inflows to finance attractive investment opportunities.