The China-backed Asian Infrastructure Investment Bank (AIIB), viewed as a rival to the World Bank and Asian Development Bank, was formally established on Friday, has recently been formally established and is expected to begin operations next year. The United States and Japan, the world’s largest and third-largest economies, respectively, have declined to join the bank, but other key US allies such as Australia, Britain, Germany, Italy, the Philippines and South Korea are taking part.

China will be by far the largest AIIB shareholder at about 30% with the bank initially to focus on financing projects in power, transportation and urban infrastructure in Asia. 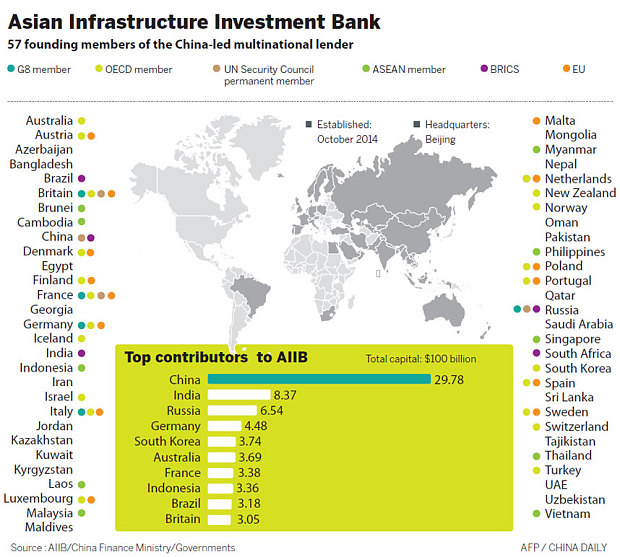 To read the whole article, China establishes rival to World Bank, go to the website of The Telegraph.