After decades of Leftist misrule, only two Venezuela ADRs were still listed on the OTC market’s Grey or Dark Markets.* At one point, there were fewer than twenty listed Venezuelan stocks on what was left of the Caracas Stock Exchange with little trading actually occurring. Ironically and despite hyper inflation, rigid currency controls and socialist expropriations of private property, the tiny Venezuela stock market was the world’s best performing market (up 452%) in 2013.

In a 2021 Caracas Chronicles article (“The Caracas Stock Exchange: an Investment Oasis or a Mirage?”), it was noted:

…In 2017, only four companies were issuing debt in the stock market, and now there are 32. In 2021, four new players joined the stock exchange, and two of them have private capital funds aimed at securing financing for the development of new corporate projects.

…The BVC’s market capitalization exceeded the $3 billion peak before the pandemic, and in 2020 plummeted to $1.2 billion. In 2021, it recovered significantly—and it’s nearing the $2 billion mark…

In addition, a recent Undervalued Shares article (Venezuela – a multi-bagger recovery play?) noted another way to profit from investing in Venezuela:

An easy way to buy legal claims against Venezuela

Long-time Undervalued-Shares.com readers will already be familiar with the idea of buying distressed debt. They will also be familiar with the concept of litigation funding, which I described in great detail in a report that I shared with Undervalued-Shares.com Members in March 2022 (and which centred around a multi-billion dollar legal claim against Argentina). In essence, someone with a large legal claim who doesn’t have the money to pursue the claim in court can get the costs of the legal case financed by someone else in exchange for a profit share if the case is won.

In the case of Venezuela, there is an almost forgotten stock trading in Canada that allows investors to combine the two. Rusoro Mining (ISIN CA7822271028, CA:RML) is a company that used to operate a gold mine in Venezuela, but which nowadays is effectively dormant, except its ongoing lawsuit against the Republic of Venezuela.

*GREY MARKET: “”OTC”, “Other OTC” or “Grey Market” is a security that is not currently traded on the OTCQX, OTCQB or Pink markets. Broker-dealers are not willing or able to publicly quote OTC securities because of a lack of investor interest, company information availability or regulatory compliance.”

*DARK or DEFUNCT MARKET: Companies that may not be able or willing to provide disclosure to the public markets – either to a regulator, an exchange or OTC Markets Group.

The first Venezuela stock exchange was founded in 1805 as the Casa de Bolsa y Recreación de los Comerciantes y Labradores in Caracas. Today’s Caracas Stock Exchange or Bolsa de Valores de Caracas (BVC) was founded in 1947 and is the only stock exchange in Venezuela. However, the BVC has experienced a severe decline in traded volumes since the mid-1990s as Venezuela’s economy declined under the rule of Leftist strongman Hugo Chavez. 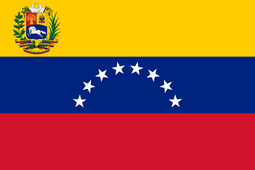 Here are some useful and mostly English news resources for investing in Venezuela ADRs or stocks or about Venezuela in general:

In addition, Gustavo Díaz (who, by day, apparently works at a Home Depot in Alabama) runs a website called DolarToday which publishes Venezuela currency rates for black-market dollars – thus impacting the pricing of almost everything in the country. His website also features financial news stories that you won’t find in Venezuela’s state controlled media.

For additional resources for investing in Venezuela ADRs or stocks, check out all of our Venezuela tagged articles/links.