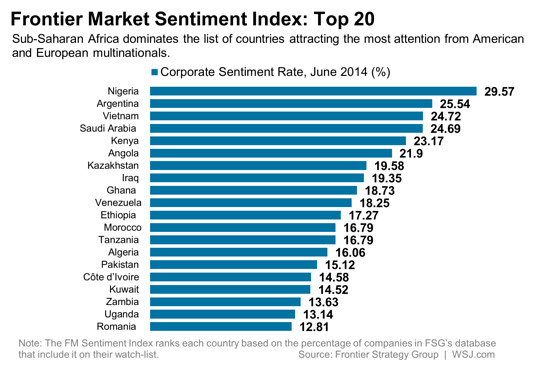 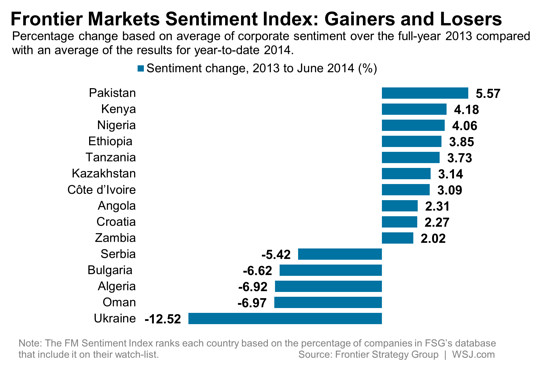 Overall, sentiment toward frontier markets among the 200 or so multinationals included in the survey declined. But what’s unusual is that Asia accounts for just three frontier markets in the top 20 while nine are in sub-Saharan Africa. Its also rather odd that Argentina and Venezuela made the top 20 list while only 4% of companies included Myanmar on their watch list – meaning I have to wonder who was actually interviewed for the survey as Myanmar seems to be on the watch list for everyone based in SE Asia (the same can probably be said about inland China regions).

To read the whole article, Nigeria, Argentina and Vietnam Prove Top Picks for Multinationals, go to the Frontiers blog on the website of the Wall Street Journal.