Umeng, a Beijing-based mobile analytics firm, has just released a report comparing smartphone usage in China’s first, second and third-tier cities that should be read by anyone invested in or interested in the mobile space. 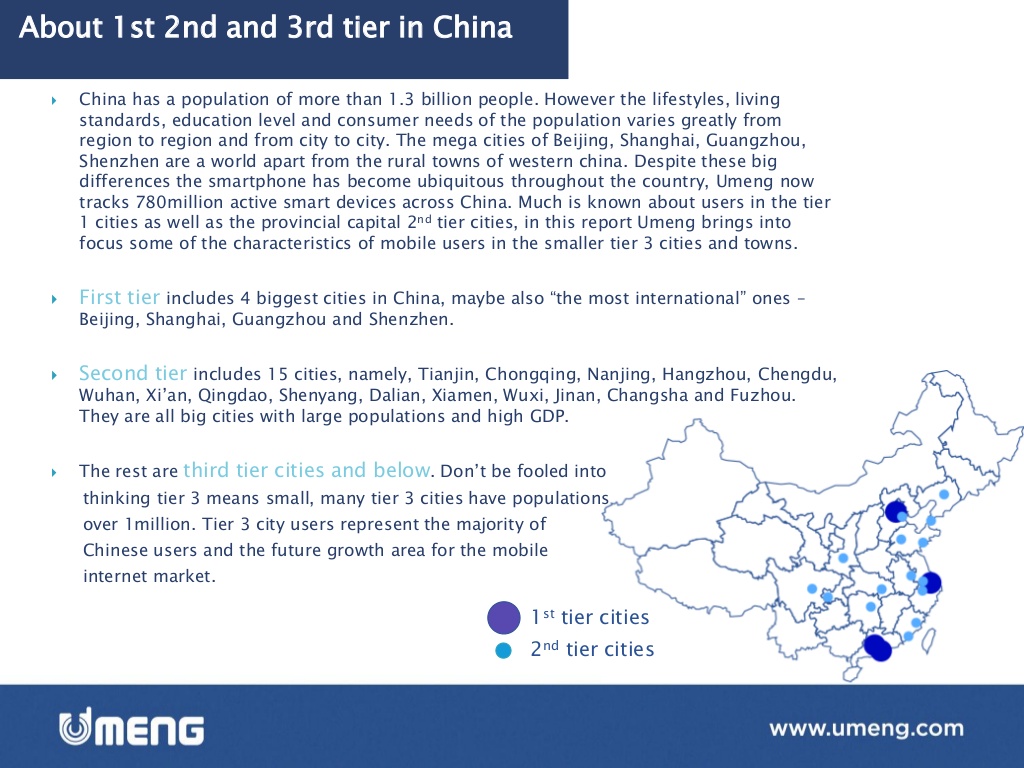 Among the important findings was that 58% of China’s 780 million active devices are in third-tier cities and below with both Apple and Android usage growing in these cities: 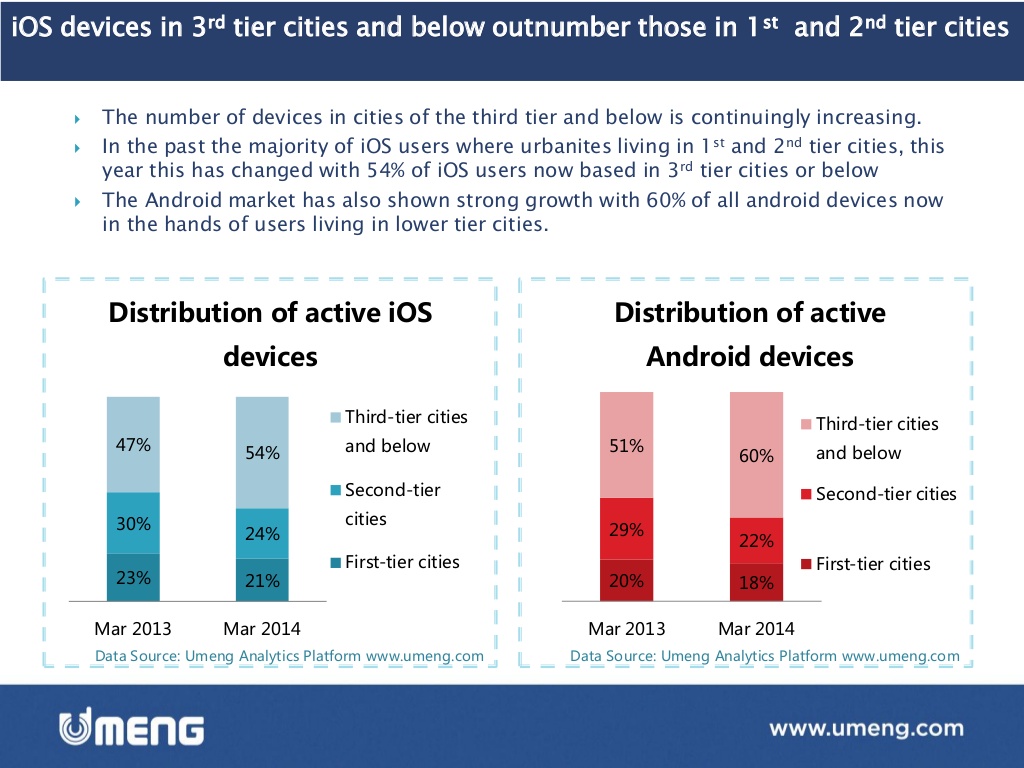 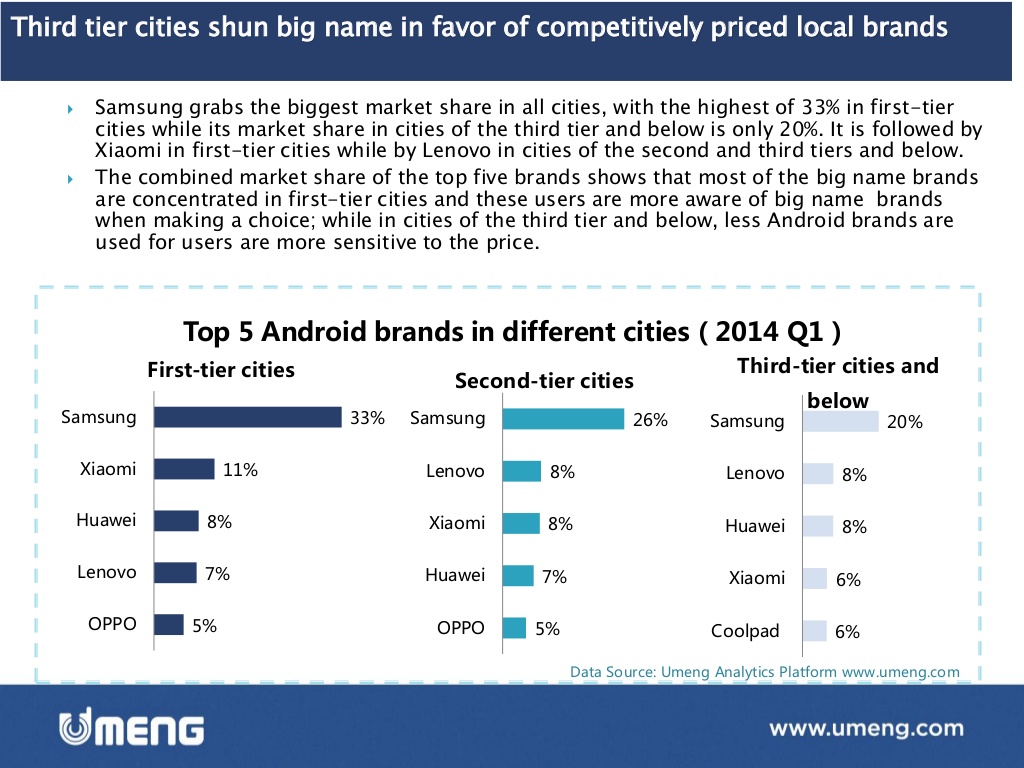 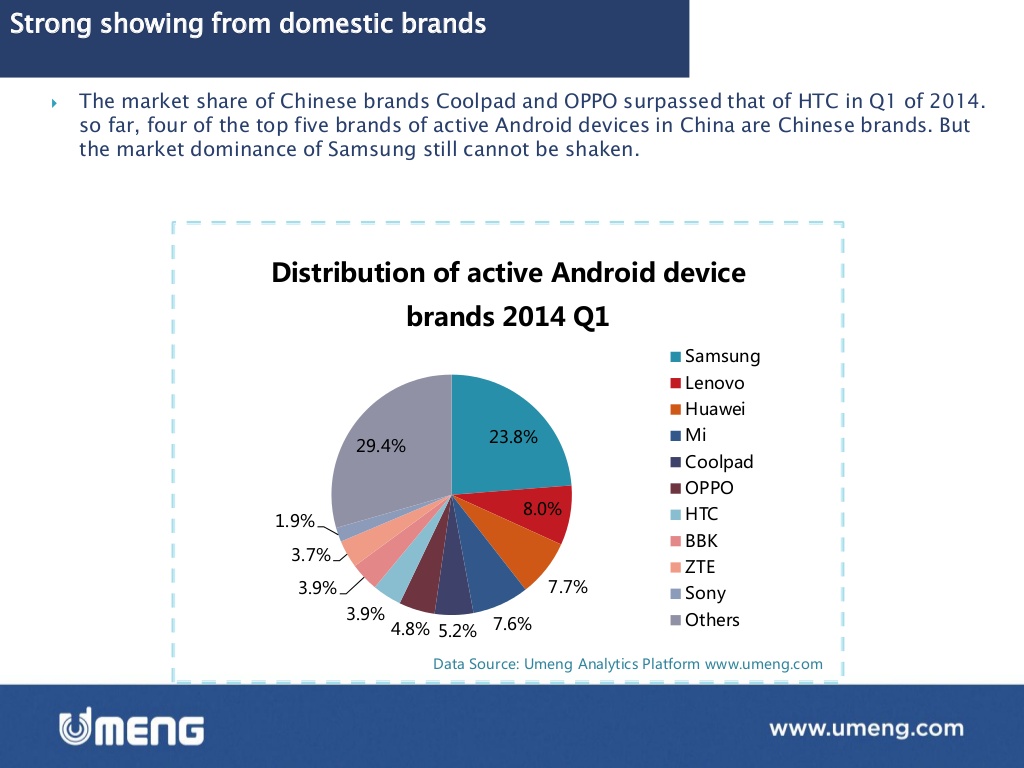 In addition, the iPad mini and the iPhone 5s are the most popular iPad and iPhone devices in China: 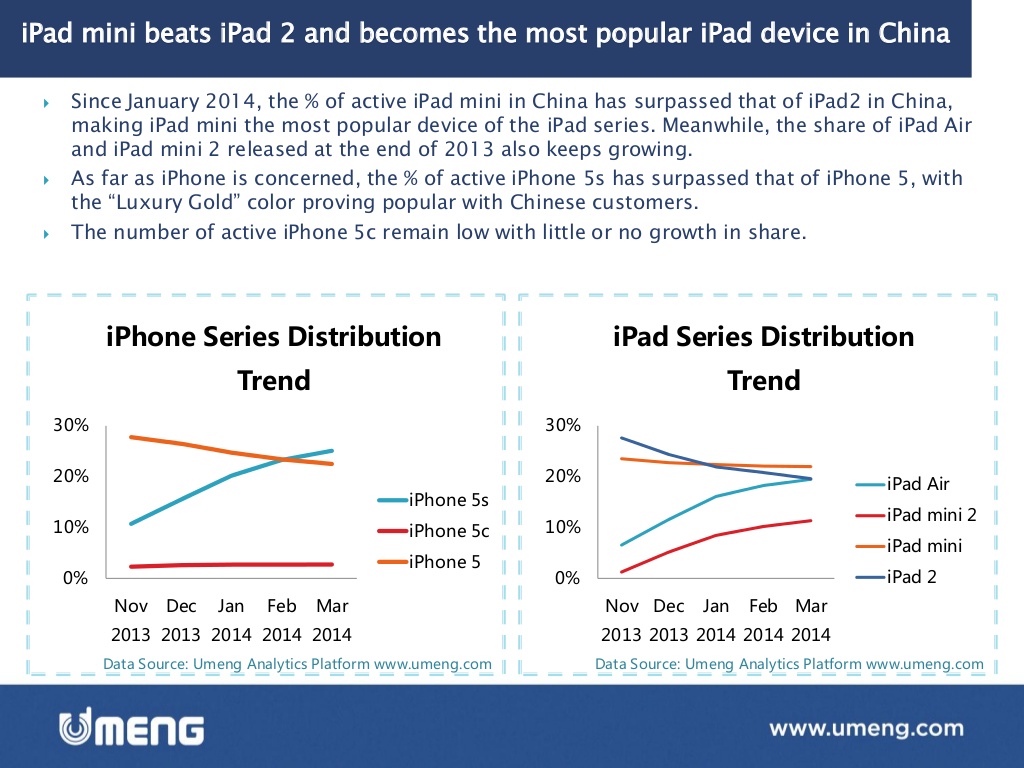 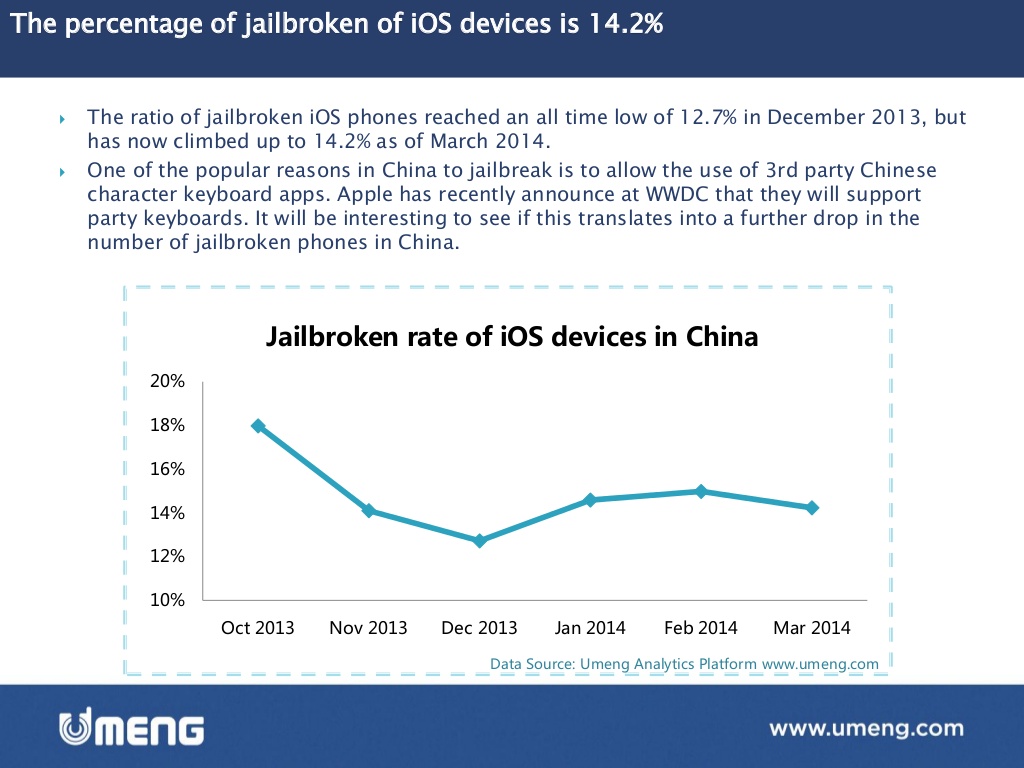 To read a good summary along with a slideshow of the report, Umeng: 58% of China’s active smart devices are distributed in third-tier cities and below, go to the website of Tech in Asia. The full report can be viewed here (Note: You will need to use Google Chrome to translate the page).