The CLSA Feng Shui Index 2016 is out and has taken a tongue-in-cheek look at what the year of the fire monkey means for stock markets (along with a handful of well-known global personalities). The CLSA Feng Shui Index began life in the Year of the Monkey in 1992 as a Lunar New Year card for clients and this index marks it 22nd edition. Its also worth noting that the Hang Seng finished higher in all of the most recent monkey years (1968, 1980, 1992 and 2004), but the gains were wafer-thin in 2004.

Metals (including gold and silver plays, financials, gaming, transport and machinery sectors) and water-related industries are expected to rally in the first half of this year while things are expected to turn upside down for oil & gas, utilities, technology, telecoms and the internet as the Monkey runs amok in the final quarter. The CLSA Feng Shui Index 2016 does forecast clearer skies for the property sector despite higher interest rates.

Here are the more specific CLSA Feng Shui Index 2016 predictions for each quarter of the year:

First leg
In Peking Opera, the Monkey’s arrival is always portended with a loud entrance. After the shocking start to 2016, we look to a recovery to the year’s high in the 1Q16 before a dip.

Metal flourishes early, good for autos, machinery and financials. Wood  is
promising in the second month – good for healthcare and consumer/retail.

Water takes an early hit, so too gaming and transport. Avoid the Macau Ferry! But
look for a recovery in the third month.

Second leg
After peaking in April, our impish chimp retreats to the forest floor. The CLSA China
Forum in May offers the best advice for the bounce in June.

Wood flourishes – healthcare and consumer/retail are strong. Water
is scorched as Wood is the precursor to Fire. But Metal retreats, bringing down
autos, machinery and financials.

Third leg
The Monkey swings low, scoops up the low hanging fruit and heads back to the treetops. How are you positioned for year-end? Our Investors’ Forum is your friend.

That stack of Wood is alight! The Fire flares which is good for telcos, technology, utilities, and oil & gas.

Fourth leg
Our Fire Monkey leaps up in November, but loses his grip. It’s been a wild ride. He readies his exit having left the world a better place for his mischievous antics.

The embers are cooling, the Fire has flared; Water (gaming and transport) return to
strength, but Metal shines. Autos, machinery and financials are back in favour.

The lights dim on telcos, technology, utilities and oil & gas. The Wood is spent. Healthcare and consumer/retail also decline. 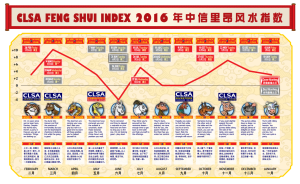 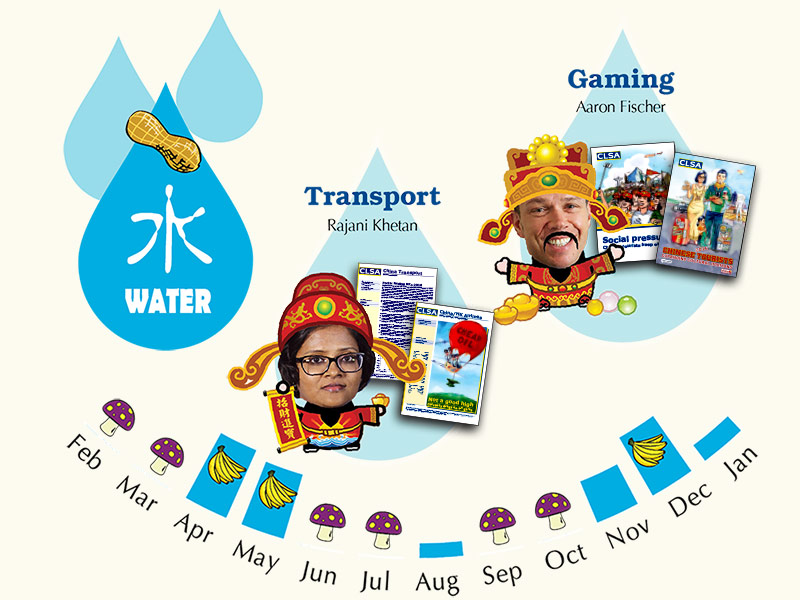 This year is going to get better. Shipping, banking, gambling and retail will all make good ground. We happily announce that philosophy and arcane studies belong to water and that their tide is rising – good for all of us, even if these stocks are not listed. 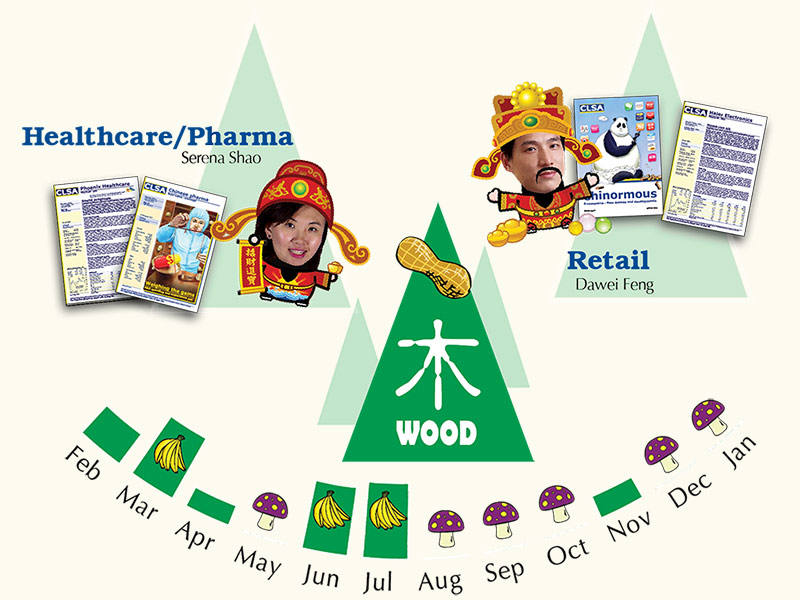 From wood come the paper and lumber industries as well as timepieces, hairdressers and ingredients for medicine and the like. This year may not be as good as the last, but there are still some good trees in this forest. 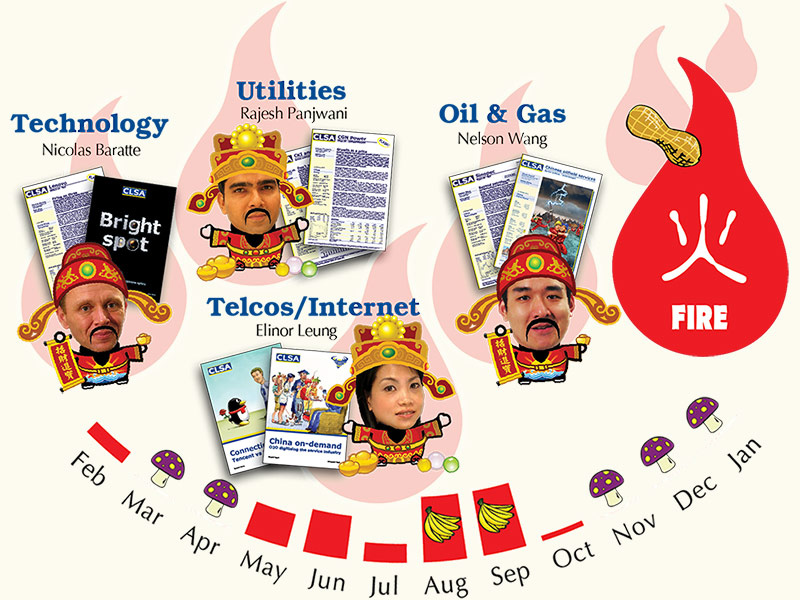 It’s a fire year, but other elements are going to weigh it down. Nonetheless, no-one should lemur as there is much to look forward to. Telecoms and computing should not be making monkeys out of their supporters. Cosmetics, glasses and advertising may well come trooping in. 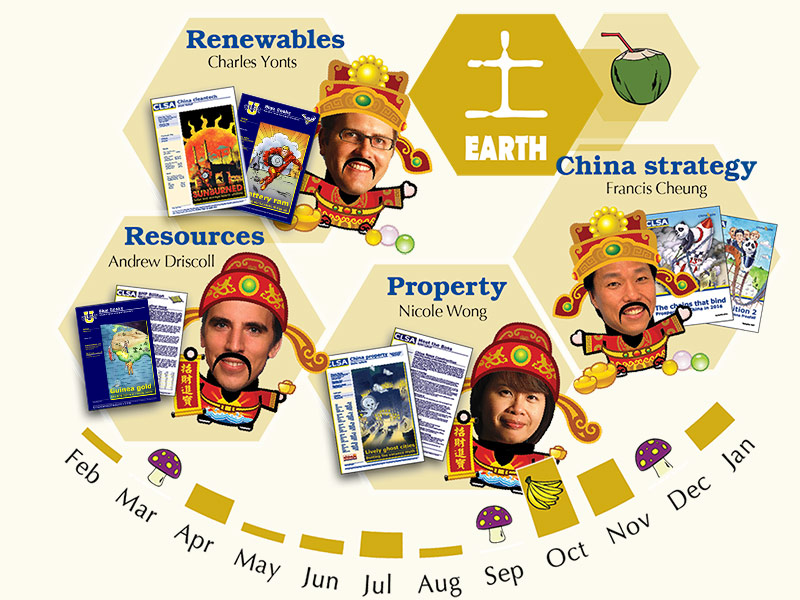 From our planet there is nothing to go ape over. From earth come construction, both buildings and capital, livestock rearing and real estate, all of which may not go baboon but should fare well. Leather and hotels are well indicated so expect some activity from right-wing politicians as they indulge in their primate sensibilities. 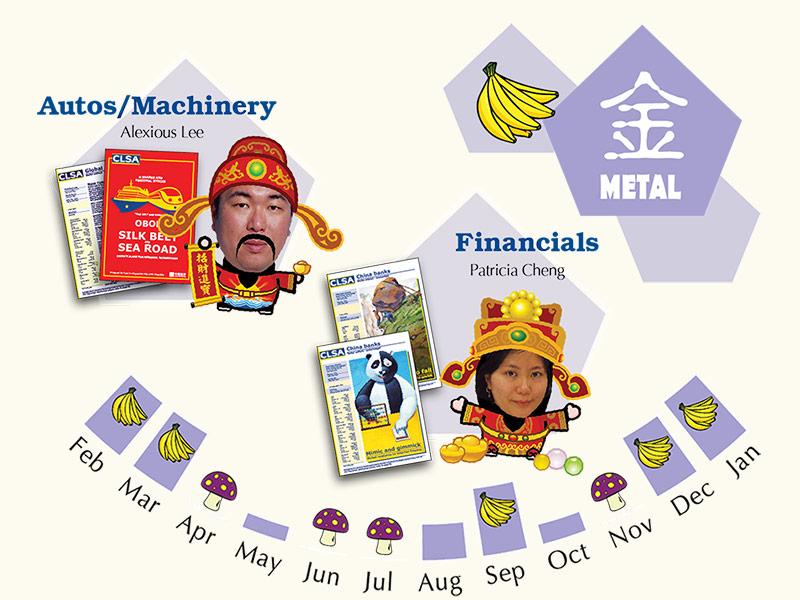 It is not only gold and silver that should thrive this year – think autos and machinery (good for monkey-bar makers); lawyers (always monkeying around); martial arts (the drunken monkey form anyone?); and public servants (nah, can’t think of any monkey-associated terms for them). 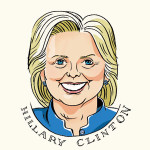 Apparently this is the year of the golden tongue for the Fire Pig. The one caveat here is that one must seek to avoid faux pas. It’s a time to make sure that family don’t make slip-ups, with Bill’s activities resembling a naughty monkey rampaging through the foliage throwing banana skins out behind him, Hillary will need to have a leash on that baboon and his florid mating signs. This year is not well suited to dealing with false and copied goods, those Chinese military copy DVDs of House of Cards will have to be put out with the trash. 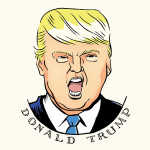 A year of struggle for all Fire Dogs, whether it’s for bragging rights on your local fire hydrant or whether you’re running for president of the US of A, it’ll be time to cock that leg and aim straight. Would it surprise you to hear that these canines have outgoing personalities with a stubborn side? Hello Apprentice! The stars portend a time for wearing the emperor’s clothes – could this lucky monkey’s banana really be peeled and awaiting his chompers, or is he in silk going to get the robe that’ll match his fur? Fire dogs are also warned to watch their spending this year. If Trump is running all the way, we can expect him to be watching the rivers of money flowing out with the tide, before perhaps coming back in with a full-moon high tide . . .

On the other hand, things are looking good for Taiwan president-elect Fire Dog Tsai Ing-wen: 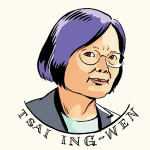 This is Tsai Ing-wen’s year in many ways. The full cycle of 60 years has come and opportunities abound. Finance, work and travel are all well-aspected. Expect the lonely year predicted to be of the gua-ren type as they call it in Chinese: the Taiwanese leader out there on her own – think Caesar from the new Planet of the Apes franchise. House moving is also indicated reflecting her advance into the Presidential Office Building. She is advised to go heavy on the joss to make sure she avoids traffic accidents (with who but toothless, Beijing-accented apparatchiks not obeying traffic rules and throwing monkey wrenches into the works).

To see all of the CLSA Feng Shui Index 2016 predictions, go to the special page dedicated to the index on the website of CLSA.