The Economist has noted that two thirds of Latin American countries languish in the bottom half of Transparency International’s “corruption perceptions index” with the following recent events probably leaving investors wondering if corruption in the region will ever be brought under control:

However, increased public public demonstrations against Latin American corruption offer a glimmer of hope. For example: Huge anti-government demonstrations took place in dozens of cities across Brazil last weekend. The Economist also cited other reasons to be optimistic: 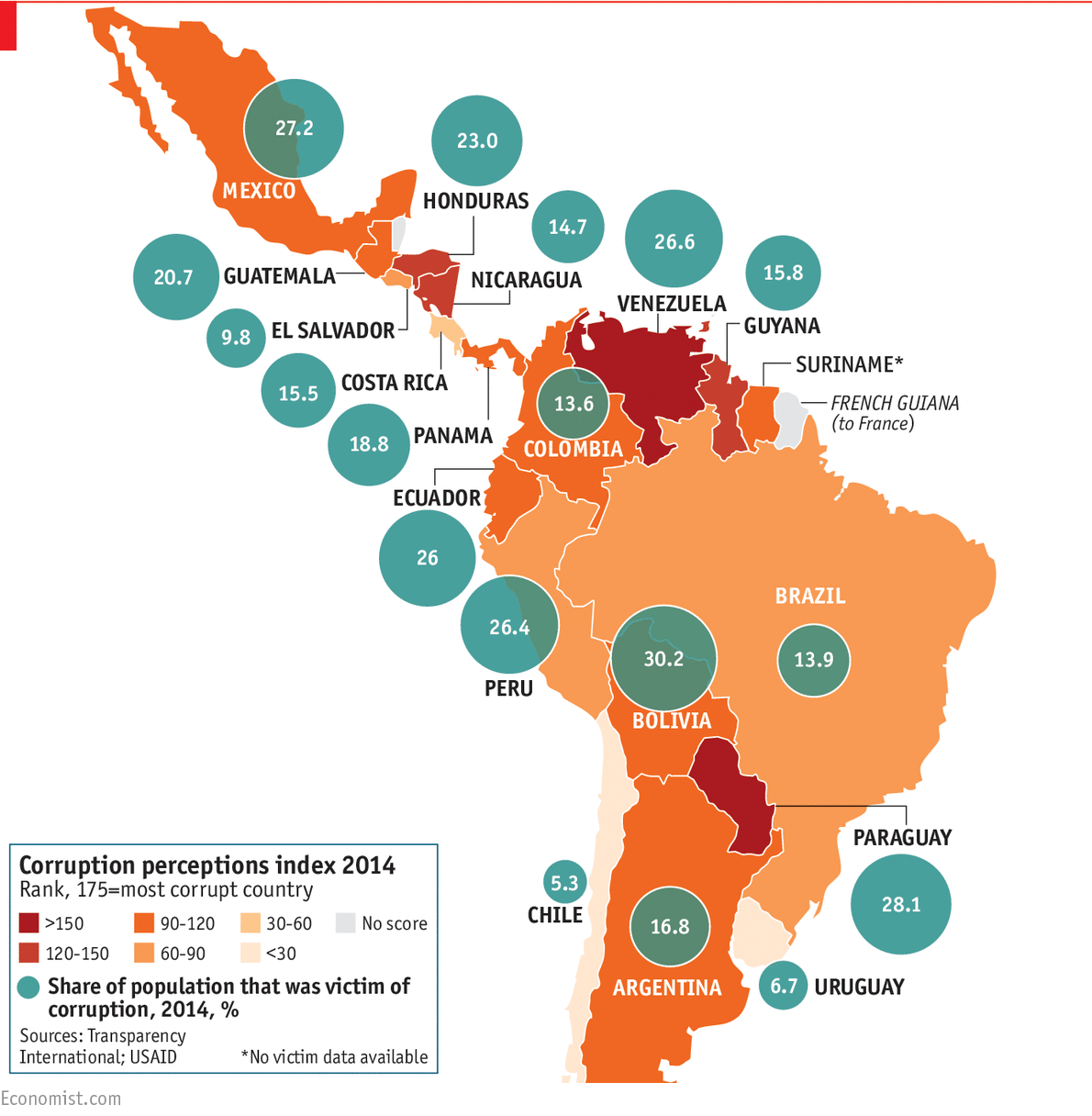 To read the whole article, A less crooked continent? and Democracy to the rescue?, go to the website of the Economist. In addition. check out our Latin America ADR list, closed-end fund list and ETF list pages.