Wolfgang Koester, the chief executive and co-founder FiREapps, a provider of currency exposure management tools, has written an informative article for Forbes that included an interesting graphic showing the impact emerging market currencies have on corporate America’s earnings plus a second graphic that shows a growing understanding of this impact by analysts.

Koester noted that since 2012, the “currency culprits” – currencies that corporates mention the most often as impacting earnings – have changed as the following graphic reveals:

As you can see from the above graphic, at least two out of five currencies most mentioned in earnings calls as being impactful are emerging market currencies.

In addition, the following chart shows that analysts are beginning to ask increasingly pointed and sophisticated questions of CFOs and CEOs during corporate earnings calls about the impact foreign exchange is having on earnings: 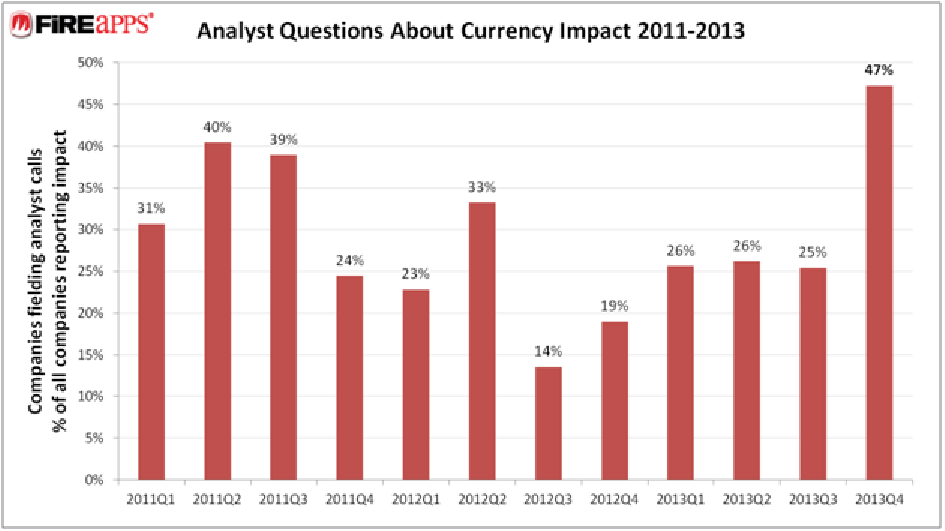 To read the whole article, How Emerging Market Mayhem Turns Up In Corporate America’s Earnings, go to the website of Forbes.