In addition, Brazilian sentiment about future job prospects fell 10 percentage points to 27% – a new low for the country, while personal finances sentiment fell six percentage points to 60%, the second lowest level in 10 years. The number of Brazilians who believed the country to be in recession increased to 85% from 73% the previous quarter and from 55% from a year ago.

“In Brazil, the results reflect the uncertainty over the country’s ability to increase growth rates in the short-term, return to more moderate inflation levels and avoid further unemployment increase. Concerned with the overall economic environment, Brazilian consumers have become more conservative with their disposable income, reducing out-of-home spending, while buying more on planned trips at grocery stores. They are also increasing the share of grocery spend at discount stores and reducing spend on impulse categories.” 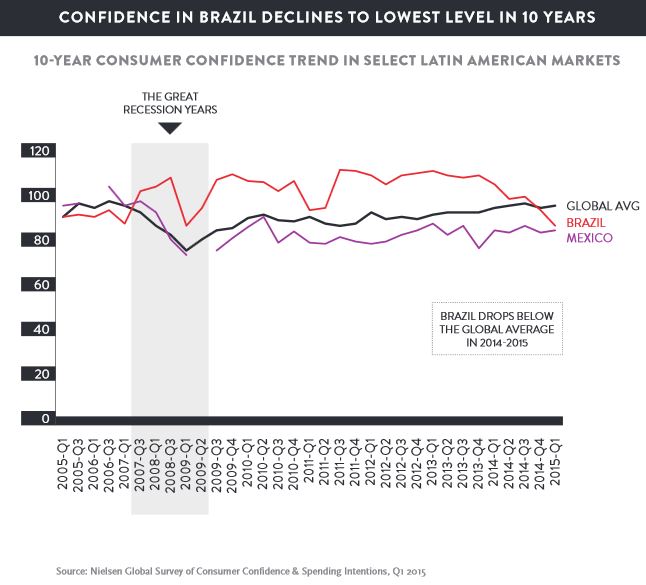