The ongoing geopolitical tensions between Russia and the Ukraine likely contributed to new confidence lows reported in those countries for the first quarter 2015 Nielsen Global Survey of Consumer Confidence and Spending Intentions. Specifically, Russia’s index fell for the second consecutive quarter to 72, a level lower than its confidence reading at the height of the Great Recession, while the Ukraine’s score dropped 11 points to 41.

“The normally resilient Russian consumer is under severe strain right now. The massive currency devaluation at the end of 2014 led to a flourish of consumer spending in an attempt to get ahead of inflation. Now, spiking inflation and negative wage growth are taking their toll. In the new market conditions, manufacturers and retailers will fight for a smaller share of shopper wallets as the majority of Russians have either switched into savings mode or have no spare cash to spend. Today, it’s more critical than ever to get the “price vs. volume” equation right in order to maintain market share. Cheaper products are likely to generate more sales volumes than ever — as long as quality is not compromised.” 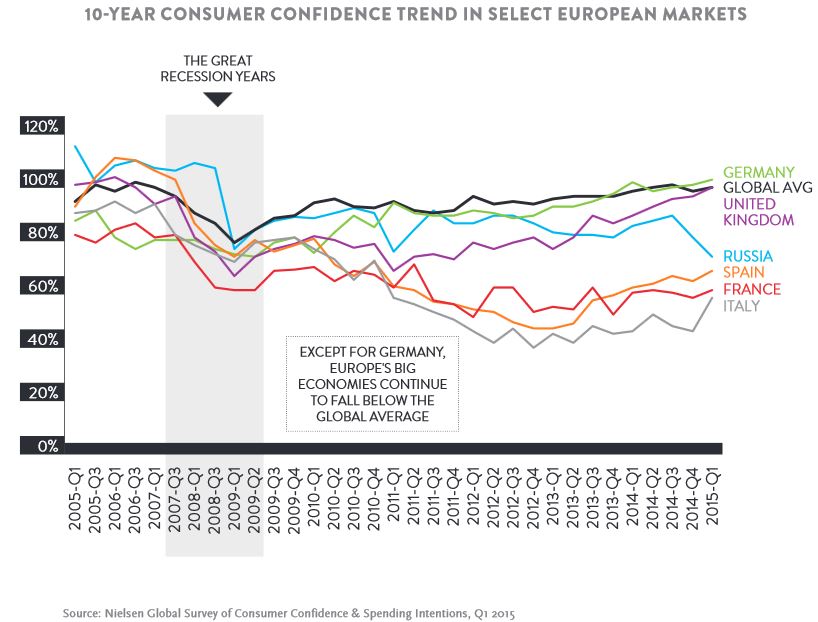