The Franklin Templeton 2015 Global Investor Sentiment Survey results were recently released with investors in the US and Canada showing the highest optimism for local stocks (64%) while Latin American investors are the least optimistic that the stock market will finish the year in the black (46%). In fact, the number of Latin American investors that believe the stock market will decline has doubled since last year, but they still see stocks as being among the top-performing asset classes this year (following real estate).

Some other key findings or insights from the fifth annual survey include the following: 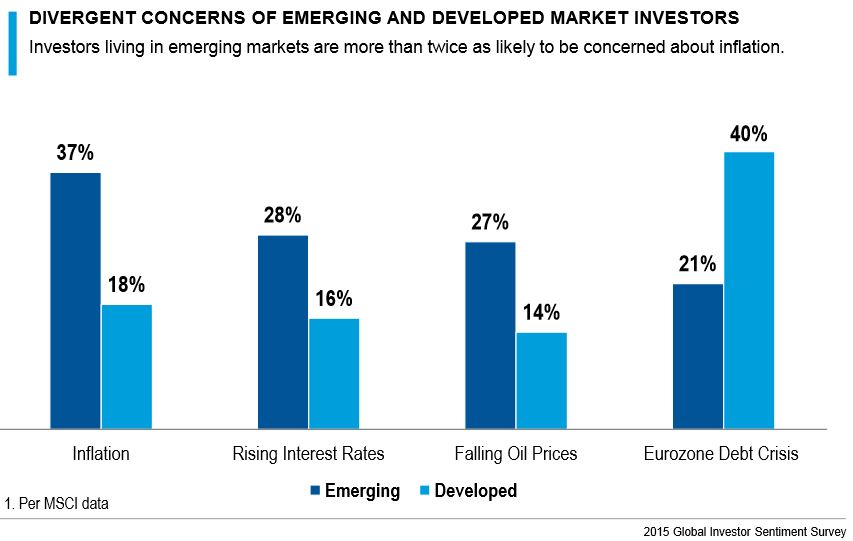 To read a Mobius Blog summary, Investor Sentiment Around the World, or another summary with graphics entitled, What’s on the Minds of the World’s Investors?, or the report itself, 2015 Global Investor Sentiment Survey KEY INSIGHTS, go to the website of Franklin Templeton.