American investors have several NYSE listed Chile ADRs and Chile stocks to choose from as the country has a fairly open and liberalized economy and relatively deep capital markets for a Latin American emerging market. However, much of Chile’s export orientated economy is indirectly tied to or impacted by copper and commodity prices along with what is going on in the global economy. After copper, Chile’s largest exports are oil, natural gas, chemicals, lithium, wood pulp and food while the country’s top trading partners would include China, Brazil, Argentina, South Korea and the United States.

In 1994, winery Vina Concha y Toro SA (NYSE: VCO) had listed its ADRs on the NYSE in order to facilitate investment by overseas investors to diversify its shareholders base and to increase the Company’s capital raising options. However and in 2018, the Company filed with the SEC its intention to delist its ADRs and noted the following issues concerning US traded ADRs:

Today, the Chilean capital markets, have achieved a higher level of sophistication and global integration, attracting international investors. ADRs currently comprise approximately 3% of the total shares of common stock of the Company. In addition, given the increased administrative costs that it implies for the Company to remain a NYSE-listed company, Viña Concha y Toro has decided to file an application for voluntary delisting from the NYSE as part of its effort to reduce operational expenses.

In June 2012, Cencosud listed its ADRs on the NYSE in order to improve convenience for overseas investors and increase its capital raising options. Since then, Cencosud has been focused on proactive information disclosure by meeting its reporting obligations under the U.S. Securities Exchange Act of 1934 (“Exchange Act”), preparing consolidated financial statements in accordance with U.S. Generally Accepted Accounting Principles and establishing internal controls in accordance with the Sarbanes-Oxley Act of 2002.

Recently, the Company has been undertaking various initiatives to reduce its operational expenses. As the ADRs currently comprise less than 1% of the total shares of common stock of the Company, and given the increased costs of being a NYSE-listed company, Cencosud has decided to file an application for voluntary delisting from the NYSE as part of its efforts to reduce operational expenses.

Investors should also note that on May 26, 2020, LATAM Airlines Group SA (NYSE: LFL) filed for Chapter 11 bankruptcy in the United States. The company’s stock ticker was delisted from the NYSE, and was later moved to the non-regulated OTC markets as LTMAQ on June 12, 2020.

Note: Stocks delisted from the OTC (whether due to mergers, acquisitions or for other reasons) have been left in the table (as their websites still provide a good feel for the company and the local market) and may still trade on local, regional or European (e.g. London) stock exchanges. They may also be holdings of country or region specific ETFs, closed-end funds or Indices.

The Bolsa de Santiago was founded in 1893 and is the third largest stock market in Latin America thanks to Chile’s free market policies that were implemented beginning in the 1970s.

In 2009, the Latin American Integrated Market or Mercado Integrado Latinoamericano (MILA) was formed between the Bolsa de Valores de Colombia, the Bolsa de Valores de Lima and the Bolsa de Santiago. MILA became operational in 2011 and allows investors (through registered brokers) to have access to a common trading platform for buying and selling stocks in any of the three countries. With the integration of the Mexican Stock Exchange, MILA has become Latin America’s largest stock exchange.

In addition, the Bolsa de Valparaiso (BOVALPO) was formed in 1898 and the Bolsa Electrónica de Chile (BEC) was created in 1989 as the first Latin American stock exchange to use fully electronic systems to execute its trades. 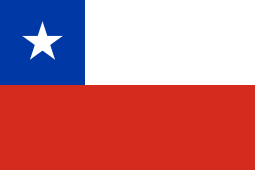 Here are some useful English news resources for investing in Chile ADRs or stocks or about Chile in general:

For additional resources for investing in Chile ADRs or stocks, check out all of our Chile tagged articles/links.