Speculators And Hit-And-Runs: Investing in Indonesia

Indonesia is the world’s fourth most populous country, has the world’s largest Muslim population and is considered a good candidate to be added to the so-called list of BRIC countries; but when it comes to investing in Indonesia, American investors would be limited to telco stocks PT Indosat Tbk (IIT) and PT Telekomunikasi Indonesia (TLK) as both trade as ADRs on the NYSE; Indonesia ETFs like the iSHARES MSCI Indonesia Investable Market Index Fund (EIDO), the Market Vectors Indonesia Index ETF (IDX) and the Market Vectors Indonesia Small-Cap ETF (IDXJ); and closed-end fund Aberdeen Indonesia Fund Inc (IF). 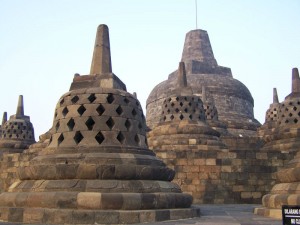 Investing in Indonesia, like traveling there, is not without risk.

While that might be a larger than normal selection for American investors compared with other emerging markets, its still fairly limited given Indonesia’s potential economic importance. However, is investing in Indonesia even worth considering and if so, what should you invest in?

Before we look at the options for investing in Indonesia, let me tell you about my recent three week trip to the Indonesian island of Sumatra and the Indonesian city of Medan – which probably has one of the fastest growing economies in the country.