Aberdeen Asset Management recently published a short factsheet about why investors should consider investing in Latin America stocks. For starters, many Latin American governments have succeeded in stabilizing and strengthening their financial and political systems. In fact, public debt as a percentage of GDP is much lower in Latin America than it is in developed countries like the USA, Japan and the Eurozone plus the region has repeatedly bucked the developed market trend for poor GDP growth: 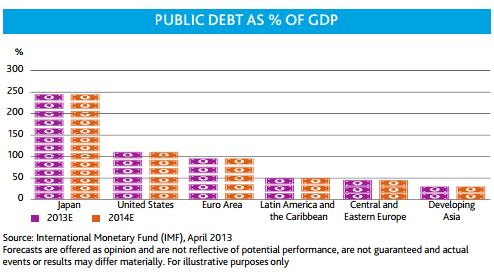 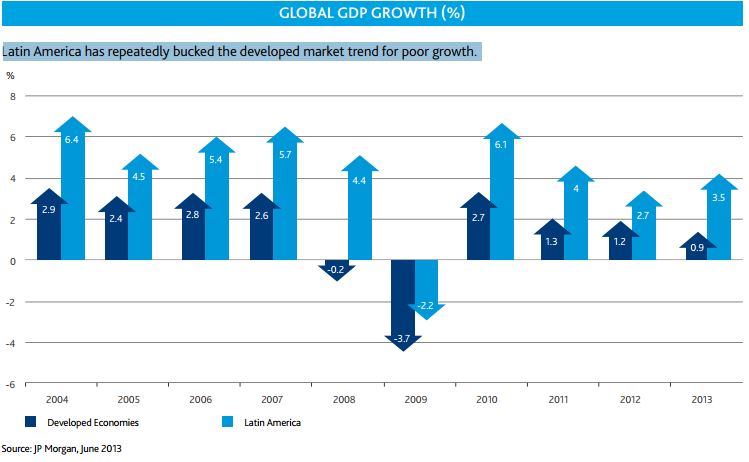 In addition, Aberdeen pointed out:

… young and urbanized populations are increasing the region’s workforce and helping to drive domestic demand. Latin America remains one of the world’s principal suppliers of raw materials. Nevertheless, although exports remain an important source of revenue for the region, we believe an increasing focus on domestic consumption may provide a long-term boost for sustainable economic growth.

In our view, the future looks bright for corporate Latin America too. We believe the region offers a large and expanding universe of high-quality companies. Many firms have reduced their debt levels, and profitability has improved. Moreover, management recognize the need to focus on shareholder value and to adopt “best practice” in order to ensure they are equipped to compete in the global investment arena… We are finding that the pool of quality businesses is growing year by year, with a steady flow of well-managed companies coming to the market.