Malaysian Elections: Will The Malaysia ETF Rally or Sink?

On May 5, Malaysia will hold its 13th General Election and investors in the iShares MSCI Malaysia Index Fund ETF (EWM) should pay close attention to the results and what happens in their aftermath because the last time elections were held, the Malaysian stock market experienced a 10% one-day plunge – only to recoup most of those losses before sinking again during the global financial crisis. 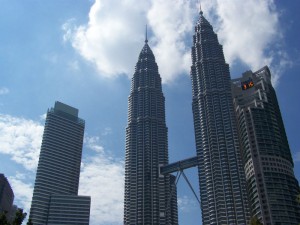 Should you invest in the iShares MSCI Malaysia Index Fund ETF (EWM) before Malaysia’s elections?

A Quick Update About the 2013 Malaysia Elections

In my last article about Malaysia (The Malay Dilemma: Is Malaysia A Safe Emerging Market Investment?), I wrote in considerable detail about the dilemma Malaysia presents for investors because of its complicated history, ethnic and political situation. However, I also wrote why Malaysia is potentially an attractive emerging market for all sorts of investors.

To recap Malaysia’s current political situation and the elections: The country has been ruled by a coalition of political parties known as the Barisan Nasional [BN] since its independence from Britain in 1957. The BN coalition consists of the United Malays National Organization [UMNO)] the Malaysian Chinese Association [MCA], the Malaysian Indian Congress [MIC] and several small political parties mostly from East Malaysia (the states of Sabah and Sarawak on the island of Borneo). However, its UMNO and the Muslim Malay majority, or the so-called “Bumiputera” (“son of earth” or “son of the soil”), who call the political shots in Malaysia and effectively run the country.

To read more, go to the complete article on our SeekingAlpha page. Likewise and if you are interested in our other articles about the iShares MSCI Malaysia Index Fund ETF or about investing in Malaysia, visit our Malaysia tagged articles here.

One response to Malaysian Elections: Will The Malaysia ETF Rally or Sink?