Will Emerging Markets and Berjaya Corporation Save RadioShack?

RadioShack Corporation (RSH) is one of the few remaining consumer electronics retailer stocks left in the United States after Circuit City Stores filed for bankruptcy and it has the dubious distinction of being on even shakier ground than Best Buy Co. (BBY), but could emerging markets and a Malaysian conglomerate called Berjaya Corporation be the company’s trump card for survival? 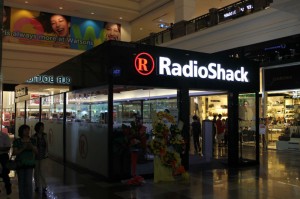 To start with, Berjaya Corporation is RadioShack’s franchise partner in Malaysia and it has aggressive expansion plans to bring the store to the emerging markets of Southeast Asia beginning with Malaysia, where I recently visited, photographed and was completely wowed by one of their new stores. From my visit, it was also clear to me that the RadioShack’s American executives could even learn a few lessons from what Berjaya Corporation in Malaysia is doing to make what is fast becoming yet another failed American brand and concept to actually work for the long-term.

After all and in the United States, RadioShack has attempted to revive itself by selling tablets and smartphones, but these new products have lower profit margins and face stiff competition from online retailers plus the telco carriers themselves. RadioShack also has a ridiculously unprofitable partnership with retail giant Target Corporation (TGT) to sell mobile devices in 1,400 Target stores while the company is rudderless at the top after its CEO resigned in September after only one year on the job.

To read more, go to the complete article on our SeekingAlpha page. Likewise and if you are interested in more of our articles about brands in emerging markets, visit our brands category page here or subscribe to our brand feed.